I attended an enjoyable luncheon today titled "Activism - New Catalyst to Surface Value... Good or Bad" with Mario Gabelli, Founder, CEO, and PM for the value strategies at GAMCO (GBL), he's as talented of a speaker as he is a value investor.  Here are some short form notes I took and wanted to document: 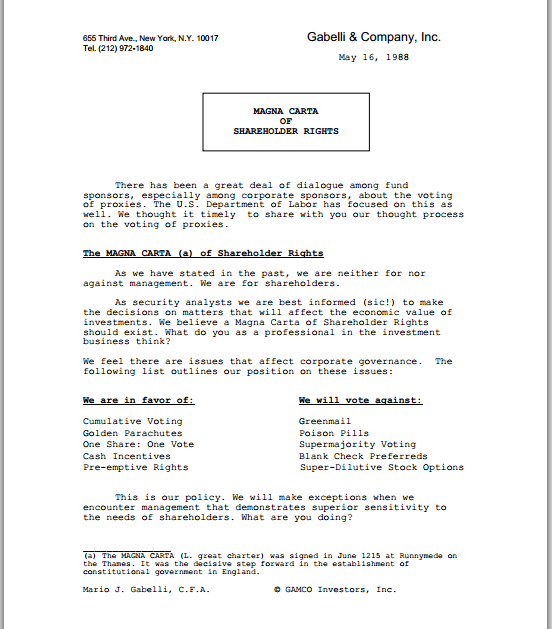 He's an active alumnus of the Columbia Business School (interviewed in the Fall '11 copy of Graham and Doddsville), good to get a little Dodd/Graham philosophy reminder every now and then.
Posted by MDC at 4:56 PM