This won't be actionable for some readers, but Tropicana Entertainment (TPCA, 84% owned by IEP) announced a deal today where Gaming & Leisure Properties (GLPI) will purchase the real estate and Eldorado Resorts (ERI) the gaming operations for a combined total of ~$1.85B, subject to adjustments.  One of those adjustments relates to Tropicana's Aruba property which needs to be sold or spun-off prior to the closing.

So here you have a controlled company, with an illiquid stock, entering into a complicated deal with two parties and an uncertain final cash amount all leading to a potentially attractive merger arbitrage spread.  If the headline number is correct, using the current share count of 23.8 million shares, gets you to $77.61 per share versus under $70 today.  Unpacking that number is a little more complicated, from the 8-K today:

Without taking into consideration any net proceeds associated with the distribution, transfer or disposition of the Aruba Operations which is reflected in clause (c) above, the Company has estimated that the aggregate merger consideration, as adjusted to take into account the amounts set forth in clauses (d), (e) and (f) above, will be approximately $1.77 billion.

Couple things here, ERI is paying $640 in (a) and GLPI is paying $1.21B in (b) totaling up to $1.85B and from there we adjust down for taxes (there are NOLs at TPCA) but those are almost entirely offset by the expected sales price of the Aruba resort.  The footnote at the bottom, even if Aruba is valued at $0 then the total consideration is estimated at $1.77B or $74.26 per share, still a decent spread from today's price.

Tropicana Aruba is a fairly small operation, its a short walk from the beach (read: not beachfront) on 14 acres with 360 hotel rooms they've been renovating and converting into timeshare units over the past several years, there's also a 4000 sq ft casino property that mirrors what you see at a many Caribbean resorts.  In the financials, Aruba gets lumped in with their Baton Rouge and Greenville casinos making it difficult to determine what the property is worth, but at the $1.85B headline number its being valued at $80MM.  That feels high, but maybe I'm anchoring to the original thinking that Aruba was simply an option to build a larger property.

From the buyers perspective, both are out touting the benefits of the transaction, GLPI is receiving $110MM annually in rent for their $1.21B investment for a 9.1% cap rate or 11x EV/EBITDA, and Eldorado is quoting a 6.6x pre-synergies (BYD is paying 6.25x for certain PNK/PENN casinos) and 5.0x post-synergies multiple on the operations that includes some net cash and cash build until close.  At 9.75x 2017 EBITDA of $190MM, Tropicana received a great deal (TPCA was trading at 4-4.5x EBITDA in 2013) that really touts the benefits of utilizing the REIT structure and its lower cost of capital to consolidate the industry.  But as someone invested in the gaming sector, is Icahn marking the top here?  He timed the cycle well pre-financial crisis, let's hope his timing isn't quite as perfect this time around and he has other motivations as it appears he's piling up cash throughout IEP. 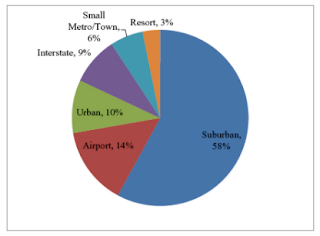 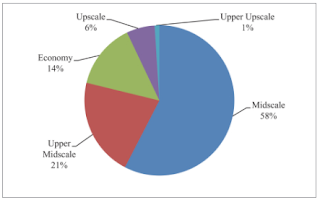