Innocoll Holdings (INNL) recently agreed to be acquired by Gurnet Point LP, a healthcare investment fund headed by Sanofi's former CEO Christopher Viehbacker and backed by billionaire Ernesto Bertarelli's family office, for $1.75 per share plus up to $4.90 per share in contingent value right ("CVR") payments.  The CVR has several milestones based on the approval and commercial success of Innocoll's drug/device Xaracoll which is a biodegradable implant that delivers bupivacaine to provide non-opioid acute pain relief for several days post surgery.  During surgery, Xaracoll is implanted near the incision to provide an initial burst of bupivacaine followed by a slower sustained release that delivers pain relief over 72 hours, and since its biodegradable, it doesn't need to be removed and instead dissolves in the body.

Prior to the buyout offer, Innocoll was troubled and near insolvent.  In 2016, the company pulled the plug on their previously touted Cogenzia (for treatment of diabetic foot infections) after studies failed to show it was effective.  Then late in the year Innocoll experienced another set back when Innocoll received a Refusal-to-File letter from the FDA for Xaracoll causing the stock price to drop roughly 60% in a day.  According to the company, the Refusal-to-File was mostly clerical as the FDA considers Xaracoll a drug/device, not just a drug, thus requires additional information/studies to be performed before the FDA could take it under full consideration for approval.  However, Innocoll didn't have the cash to fund additional studies and was forced to either raise capital or find a buyer, Innocoll found a buyer.

The specifics of the CVR Payment Events:
The first payment event seems like a low hurdle, they ran a successful phase 3 trial for postsurgical pain following open abdominal Hernia repair, it seems reasonable that once the paperwork is in order, the FDA will approve it.  Innocoll's only other potential pipeline product is CollaGuard which prevents post-operative adhesions, CollaGuard's potential commercialization is farther out and the addressable market appears smaller than Xaracoll (there are over 1MM Hernia repair surgeries annually in the US).  Often the drug or asset contemplated in the CVR is a secondary asset that the seller believes in more than the buyer, but here the CVR is referencing the primary remaining asset of Innocoll and the deal structure appears to be more of a risk mitigating scheme for Gurnet Point than a typical CVR.  If Xaracoll fails completely, the remaining assets are likely worth less than the $1.75 per share cash offer making Gurnet Point incentivized to at least meet this first initial milestone.
The second and third CVR payment events require new clinical trials that Gurnet Point will need to fund.  The phase 3 trial for Hernia repair ran for 8 months, so the timelines given for these events seem reasonable.  However, since Gurnet Point will need to fund these trials, there's a risk that they'll time the trials *just so* to miss the CVR payment date.  That's the primary risk with CVRs, the seller is essentially putting the final purchase price in the hands of the buyer, the incentives are misaligned.
I don't feel comfortable handicapping the potential sales of Xaracoll so its hard to have an opinion on the fourth CVR.  There is a competitor in Exparel that combines bupivacaine with a foam in a similar manner and has annual sales above $200MM.  However, opioid painkillers are cheap and they're great at treating acute short term pain, the real opioid epidemic problem revolves around their use for treating long term pain, so its hard to determine if the benefits of Xaracoll would be worth the additional cost?  Maybe for addicts or those at risk to be?

Most likely for today's $2.05 stock price, you get $1.75 cash in the next few months and $0.70 for 1st CVR milestone in ~12 months, plus the optionality of the long dated payment events.  Seems like a reasonable speculation to me, I bought a small amount.

This is a pretty ridiculous name/logo right?  It's pretty clear the target market is yield hungry dividend investors who are looking "to sleep well at night". 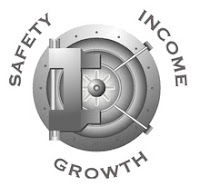 Despite the awful name, I think iStar (STAR) has a chance to make this work (for iStar) as its a good sales pitch and would be a unique REIT in the market, plus they're selling 12 of their assets for $340MM or a ~5% cap rate.

This week, iStar filed the registration statement for a new REIT, Safety, Income & Growth Inc (SFTY), they've been kicking around quietly since last August.  According to the filing, it would be the first REIT targeted at ground net leases, a structure where the company would own the land, but not the building/improvements, and enter into very long term leases (30-99 years) with the building owner.  The safety part comes from the ground net lease structure, in the event of a default, despite only owning the land, the lessor can foreclose on both the land and the structure built on it.  The leasee and the mortgage lender (if there is one) on the property have every incentive to make the lease payment.  In effective, there's a significant overcollateralization built into the lease, the value of the lease is worth 30-45% of the combined value of the land/buildings, so often times in a foreclosure scenario a ground net lessor can make more than a full recovery.

At first I thought this was a public listing of the net lease JV iStar has setup with a sovereign wealth fund (GIC), however it appears to be a separate portfolio, but with investors in that fund participating in the SFTY IPO.  Safety, Income & Growth Inc will start out life with 12 assets from iStar's net lease portfolio, all 12 are either ground leases or at least look/function similarly if you squint.  The two primary assets will be One Ally Center which is the largest office building in Michigan, leased out to Ally Financial and PwC, and a portfolio of 5 Hilton branded hotels leased to the recent spinoff, Park Hotels & Resorts.

A good strategy in recent years has been buying net lease REITs that are discounted because of concentrated tenant exposure (GPT, FCPT, CSAL)  before they make deals to diversify their rent roll.  iStar says they're looking at a pipeline of over $500MM ground net lease deals, so expect them to diversify fairly quickly after listing.  They're starting with $227MM in debt at a rate of 3.773%, after the deal is done they'll enter into a new $300MM credit facility giving them additional room to add ground leases.

iStar will be the external manager of SFTY, it'll have one of the more unique external management agreements I've seen: 1) waiving their fee altogether for the first year, 2) no incentive fee or termination fee, 3) base management fee of 1% on equity up to $2.5B and 0.75% above, 4) the management fee will be paid in stock.  Granted, there's little work in managing a lease that expires in 2114 (doesn't even look like a valid year), but it's another reason this entity should be an easy to sell to the masses.

Safety, Income & Growth is paying about a 5% cap rate for iStar's assets (combination of cash and stock), the company argues that ground net leases should trade even lower than that:

This seems somewhat reasonable given the overcollateralization built into the structure, if it trades anywhere near a 4.5% cap rate, iStar should be able to source a lot of deals that make sense, especially early on when they can do small individual deals that still move the needle.

We're still waiting on an IPO date, but again, I think this has potential to do well and gather a decent amount of assets.

What does this all mean for iStar?
At year end, they had a $1.5B net lease portfolio (includes accumulated depreciation added back) that generated an NOI yield of 9.1%, in my initial post last summer I argued the net lease portfolio should be valued at 6.5% cap rate, which adds about $600MM mark-to-market above the carrying value on iStar's balance sheet.  It's probably incorrect to assign a 5% cap rate to the entire portfolio, but that would produce a $1.2B mark-to-market gain, quite significant for a company with a market cap of $1B.  But now iStar monetizes some assets at an attractive valuation by putting them in a simpler vehicle the market will be able to digest and assign a higher multiple to -- all while earning a (small) carry on their remaining investment going forward.  It's hard to argue iStar is anything but very cheap, hopefully they use some of the proceeds to buyback stock.

Thanks to the commenter in the original iStar post for bringing this deal to my attention.

Disclosure: I own shares of STAR
Posted by MDC at 4:12 PM 25 comments: