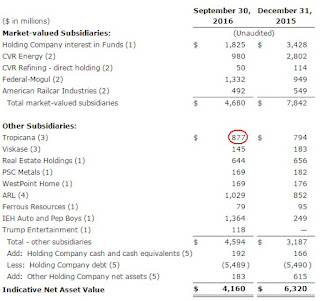 Catching up a bit here after a busy few weeks, so not breaking any news here, but again I like putting my positions in writing.  I don't understand biotech, but I've been looking for ways to get a free look or a small merger security in a biotech that could be used as a tracker position, enough to keep me interested in following their development pipeline.

On 1/26/17, Johnson & Johnson (JNJ) won the bidding war against Sanofi for Actelion (ALIOY), a Switzerland based biotechnology company led by Jean-Paul Clozel whose main drug is Tracleer which treats aterial pulmonary hypertension.  Johnson & Johnson is paying $30B or $280 per share ($70 equivalent for the ADR), but the interesting aspect is immediately before the deal is completed, Actelion will spinoff their R&D pipeline of 14 products, most of which are years away from potential commercialization.

Often in biotech or pharmaceutical mergers the bid-ask spread is wide because the target believes in their R&D pipeline far more than the acquirer is willing to pay for it.  This problem is often solved with a contigent value right (CVR) that pays off if a drug in development meets certain targets, the CVR bridges the valuation gap.  The spinoff (or demerger as they're called outside the U.S.) contemplated by the Johnson & Johnson/Actelion deal functions very similar to the a CVR, Jean-Paul Clozel believes in his product pipeline far more than Johnson & Johnson was willing to pay for it.  Per the offer prospectus that was released last week, the spinoff was essentially a condition of sale for Actelion:


On October 18, 2016, Mr. Gorsky sent a second letter to Mr. Garnier in which J&J proposed to acquire all Actelion Shares at a revised price per share. On October 25, 2016 the Board of Directors, together with representatives of Niederer Kraft & Frey, Wachtell, Lipton, Rosen & Katz (“Wachtell Lipton”) and Slaughter and May, met to discuss the revised proposal and, after thorough consideration of the revised proposal, determined that the revised offer price did not reflect Actelion’s intrinsic value. In particular, the Board of Directors believed that the revised proposal continued to undervalue Actelion’s preclinical discovery and clinical pipeline business, and that, while Actelion would be willing to engage in discussions concerning a transaction with J&J, Actelion would require a higher indicative offer price before engaging further. Following the meeting, Mr. Garnier conveyed this decision to Mr. Gorsky.

Mr. Garnier and Mr. Gorsky remained in contact in late October and the first half of November 2016. Mr. Garnier continued to express to Mr. Gorsky the Board of Directors’ concern that J&J’s prior proposals failed to provide adequate value for Actelion’s preclinical discovery and clinical pipeline business. In order to bridge the valuation gap, Mr. Garnier proposed the Demerger as part of an alternative transaction structure, in which Actelion would spin off its preclinical discovery and clinical pipeline business prior to Actelion’s acquisition by J&J. The representatives of J&J expressed their willingness to consider the Demerger structure, but indicated that the complexity of the Demerger, as compared to straight-forward acquisition, would require additional time to negotiate.

The spinoff, currently dubbed "R&D NewCo", will be capitalized with CHF 420MM in cash from Actelion prior to the spinoff and Johnson & Johnson will contribute another CHF 580MM in the form of a convertible loan, part of which will convert immediately to a 16% ownership in R&D NewCo with the other 84% owned by prior Actelion shareholders.  The remaining loan will be convertible to another 16% of R&D NewCo by Johnson & Johnson at any time for 10 years.  So while R&D NewCo will be independent, they'll have a built in partner in Johnson & Johnson to advance their pipeline to commercialization.

I don't know much about R&D NewCo's pipeline, but I'd encourage anyone interested to watch Actelion's CEO Jean-Paul Clozel's remarks in the deal announcement press conference:

He owns 3.6% of Actelion, Johnson & Johnson is paying $30B for the company, he's set to get paid over $1B in cash for his shares, yet he's going to R&D NewCo and sounds excited to get back to early stage research and be relieved of the sales and marketing overhead of running a commercial pharmaceutical company.

Deal Risk
There was report in the days following the merger announcement that Actelion's Uptravi drug was linked to 5 deaths in France, but those concerns have seemed to be pushed aside as it came out that Johnson & Johnson knew of the issue ahead of time and the European Medicines Agency (EMA) recommend on 2/10/17 that the drug could continue to be used despite the probe into the deaths.

A Material Adverse Effect means a reduction of:

(i) the annual consolidated earnings before interest and taxes (EBIT) of CHF 98.3 million – which is an amount equal to 15% of the consolidated EBIT of the Company and its Subsidiaries in the financial year 2015 as per the Company’s annual report 2015 – or more;

When determining whether a Material Adverse Effect has occurred with respect to the Company and its Subsidiaries, taken as a whole, the following changes in circumstances, events, facts or occurrences shall not be taken into account, individually or together:

(ii) any circumstance, event, fact or occurrence that arises from or relates to R&D NewCo, the R&D Business or any of the Transferring Business Assets or Assumed Liabilities, in each case as defined in the Demerger Agreement, except to the extent (and only to the extent) such circumstance, event, fact or occurrence affects any other aspect of the Company or its Subsidiaries; or

(iii) any circumstance, event, fact or occurrence that arises from or relates to the commencement of sales of a generic form of Bosentan (marketed by the Company as Tracleer) in the United States.

Johnson & Johnson has a lot of cash overseas, this deal helps solve some of that problem as we all wait for the new administration to change repatriation tax laws.  This deal seems fully vetted by both sides and fairly safe to close, the offer prospectus puts the earliest close date at 5/5/17, but seems likely that might get pushed back to June based on the initial guidance.

The ADRs which represent 1/4th a share currently trade for $67, representing a 4.4% absolute return to the $70 offer price, the spinoff is worth something, let's call it $1B for another $2.30 per ADR or ~$9 per Actelion share traded on SIX in Switzerland.  Add in the spinoff, and the current spread represents an 8% return by the end of June.  I could also see R&D NewCo being sold off indiscriminately after the deal closes as it's rather tiny compared to the overall deal and traditional arbritrages don't want to hold a development stage biotech longer than needed.  So this could be a two staged investment, capture the deal spread, and then reinvest some of the proceeds into R&D NewCo.